The Fall of the Euro: Reinventing the Eurozone and the Future of Global Investing

Product prices and availability are accurate as of the date/time indicated and are subject to change. Any price and availability information displayed on [relevant Amazon Site(s), as applicable] at the time of purchase will apply to the purchase of this product.

Category: Books Tags: breakup of the eurozone, fall of the euro, global economy, Jens Nordvig, professor of economics, The Fall of the Euro

The Fall of the Euro: Reinventing the Eurozone and the Future of Global Investing

What does the crisis in the Eurozone mean for our markets―and how can you protect your portfolio against crises in Europe?

Little has been written about the instability of the Euro, but it’s a very real threat to investors worldwide, as well as to the global economy. Swings in global asset markets have been increasingly driven by developments in Europe. This is something new: in the past, Europe was one of the most stable parts of the global economy, and its typically minor economic fluctuations would have little bearing on US equity markets.

Now, Europe’s economic and political developments will be a persistent source of shocks for global financial markets.

As an investor, you need a roadmap. This book is that roadmap.

Nomura’s global head of currency strategy and one of the world’s top experts on the Euro, Jens Nordvig gives us a detailed and fascinating explanation of this precarious situation, providing the information, insight, and authoritative analysis you need to make the wisest investment decisions possible.

A riveting analysis of one of the most important currencies in the world–certainly the most unstable of the major currencies–The Fall of the Euro covers:

The original version of the Euro was not resilient enough to survive a major crisis. European policymakers are attempting to construct a new version of the currency, but its specific form remains highly uncertain. Will it be a hard currency? Will it be a soft currency? Or will it break up?

If the path ahead involves a disorderly breakup of the Eurozone, the instability to come will be much more intense than what we have seen to date.

Go beyond the rhetoric of the politicians and the journalists who write about them and get a financial expert’s assessment of the real issues at hand. Jens Nordvig explains the state of the Euro’s present position in the global economy with levels of objectivity and expertise you will find nowhere else.

The Fall of the Euro gives you the critical information you need to prepare your investments before the next crisis in the Eurozone–which is, in Nordvig’s view, inevitable.

Praise for The Fall of the Euro

“Nordvig brings a keen insight into markets and economics that he ably combines with a brisk, no-nonsense narrative. This is essential reading for market players, investors, and prognosticators of the future of the eurozone.” — Richard Clarida, C. Lowell Harriss Professor of Economics and International Affairs, Columbia University; Global Strategic Advisor, Pimco

“Jens Nordvig was one of the first to analyze the economic, legal, and political consequences of the euro splitting asunder. Whether or not you share his pessimism about the future of the euro project, Nordvig’s guide to the crisis is a compelling and essential read.” — Gavyn Davies, Chairman of Fulcrum Asset Management LLP, former Goldman Sachs Chief Economist

“In this bold, highly readable book, Jens Nordvig beautifully highlights the tensions between the politics and the economics that are at the heart of the euro crisis. A must read for anyone who cares about the future of Europe.” — Anil Kashyap, Edward Eagle Brown Professor of Economics and Finance, University of Chicago Booth School of Business

“I learned much from The Fall of the Euro and I thoroughly recommend it.” — Simon Wolfson, CEO of Next plc and sponsor of the Wolfson Economics Prize

“Needs to be read by all those demanding brave policy from Europe’s timid elite.” — Tom Keene, Editor at Large, Bloomberg Television & Radio; Host of Bloomberg Surveillance

Get “The Fall of the Euro: Reinventing the Eurozone and the Future of Global Investing” now! 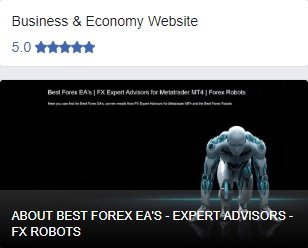 Don`t copy text!
We use cookies to ensure that we give you the best experience on our website. If you continue to use this site we will assume that you are happy with it.OkRead more