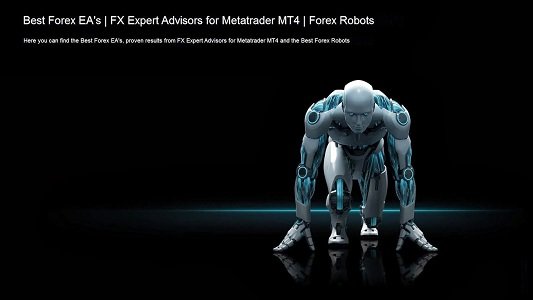 The Forex market is an around the clock market, 24 hours, 5.5 days a week (from Sunday 5:00 pm EST to Friday 5:00 pm EST).Somewhere on the planet, financial centers are open for business, trading currencies, and as some centers close, other are open to begin trading. Each day, trading begins in Sydney, Australia, and progresses to the next major financial center (Tokyo, London, New York); according to when the business hours in that city’s time zone begin. This means that you could open or close any position at any time from Sunday 5:00 pm EST (Eastern Standard Time) when New Zealand begins operations to Friday 5:00 pm EST when San Francisco stops trading. The daily session “ends” at 5PM EST, but the market does not actually close. The Forex market only closes on Friday at 5PM EST for the weekend, and re-opens at 5 PM EST on Sunday.

The Foreign Exchange Market is a decentralized market, that is, it does not have one center where transactions and prices must go through. Instead, it is an Over-the-Counter Market where parties trade directly between themselves, and where there’s no central exchange. That being said, there are 10 principal Forex Transaction Centers in the world:

The 10 largest trading centers in the world account for a daily turnover average of USD 3.384 billion, or 84.6% of the world total. Of the 10 largest centers, the United Kingdom (or London, to be specific) is the largest trading center in the world, accounting for 34.1% of the daily world currency turnover, and so it counts as a time session to pay attention to. United States (or NYC, to be specific) finishes second place at 16.6% so it also counts as a serious session to trade. Tokyo and Sidney (Australia) also get considered as time sessions because of their location and trading volume.

Below is a detailed table of the opening and closing of the major financial centers in multiple time zone formats:

If you don’t know your time zone, you can consult your computer clock or you can go to the following website: http://www.worldtimeserver.com

In order to use the above table, locate your time zone on one of the columns and follow it down, referencing the different regional sessions and hours via the first column.

Considered to run from 19:00 to 4:00 EST, this is the period that sees first activity after weekend and after the day “end” of 17:00 EST. Activity from this part of the world is represented by Japan, China, Australia, New Zealand and Russia, among others. Unsurprisingly, all Yen paired currencies, the USDJPY and crosses EURJPY, GBDJPY, EURJPY, AUDJPY and CHFJPY, are the most active during this time.  Nevertheless, most pairs during this time do not move as much as during the other two sessions because the major participants from Europe and United States have not as yet entered into the game.

Consequently, the Asian session is seen as the most muted time, and this can be an advantage: it can be the time to take a rest from trading, because there might not be as many trending opportunities anyway, and it can represent a time to employ scalping and counter-trend systems on currency pairs that trend to move sideways during this time. Just make sure to end your scalping and counter-trend activity just before the end of the session (3:00 EST), when the market has a big jump in volatility because of its overlap with the European open. Interestingly enough, if you are trading a pair that is a cross made of currencies that are most actively traded during Asian and European hours (like EUR/JPY and GBP/JPY); there will be a greater response to the Asian/European session overlap as opposed to the overlap that occurs during the European / US session concurrence.

Running from 3 am to noon EST, this session takes over from the Asian trading to accelerate trading activity. Activity from this part of the world is represented by the UK and Europe, and influenced by a number of major financial markets.  Ultimately, because the UK processes the most FX volume, the greatest volatility is when UK (London) traders are active. Frankfurt (Deutsche Bank is the biggest individual FX processor) is another important financial city, and because it is only 1 hour time zone different from London, its morning volatility overlaps with that of London.  As logic would suggest, the currencies that are the most active during this session are related to their demographic tie with their country of origin: the Euro, British pound and Swiss franc see higher volatility on average when the European session is active. Since these currencies and their pairings with each other and the US dollar represent the bulk of the trading on the majors and minors, it behooves a trader to keep this session on his radar, and watch it for price action opportunities.

It is interesting to note that this session overlaps with the other two sessions, the first overlap occurring on its open (overlapping with the close of Tokyo session), and the second overlap occurring in last four hour of its day (overlapping with  the first 4 hours of the US session). These two overlaps are extremely important for noticing increased price volatility and movement.

Running from 8:00 am to 17:00 PM EST, North American session steps into the picture. The session is dominated by activity in the U.S with a few contributions from Canada, Mexico and a number of countries in South America. Bonds, equities, futures, commodities, all dominate in the U.S. session and as a result forex values are pulled from pillar to post. As indicated elsewhere, because of the 4 hour overlap of the European and North American sessions occurring from 8:00 am to noon EST, coinciding with the largest amount of economic data releases, that four hour window is the heaviest traded time, the most liquid and volatile, and thus the time of the greatest momentum and movement. If you were to choose any four hour block of time to trade your system, it would probably be during that window.  Most trending systems could be traded during this time, though it would be dangerous to use scalping system. Interesting to note, when the pair is made up of two currencies from the same session (ex. USD/CAD) there is greater level of volatility during that session (the North American session) as opposed to all other sessions.

Since currency pairs are more active in relation to different sessions, you should tailor your strategy to fit its most favorable session. If your strategy were based on capturing short-term trends and breakouts on the major currencies, you might want to trade only the London and New York sessions, or their overlap, where there are more active traders and bigger, more consistent price movements. If your strategy were based on scalping and counter-trends, with the minors or yen crosses, you might want to place your focus on the more Asian session. If you are trading without a robot or EA, you must also consider your physical well-being:  a market participant from the U.S who has a day job would have difficulty trading the active hours of GBP/JPY during the Asian session, and a better alternative would be to trade the European/U.S session overlap, where volatility is still elevated enough to trade GBP/JPY even though the Asian session is closed.