View the Best Forex EA’s, the reviews and proven results and sele…

Note: With your purchase you’ll get the FULL PACKAGE …

Note: With your purchase you’ll get the FULL PACKAGE of 10 Happy Forex EA’s for free!

There are 2 different packages of Happ… 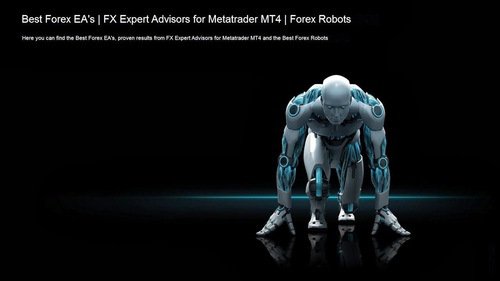 Currency Strength Meter is provided by

as an ultimate research tool for all other FX traders.

The Currency Strength Meter offers a view of the general trends on the currency market. It tracks the performance of each of the chosen currencies against a basket of its most liquid pairs by aggregating the moves of its exchange rates into easy-to-understand Forex indexes. Thus each index represents a string of average changes of the rates compared to the closing prices for a fixed base date. These changes, or returns, are expressed in percentages, with the values of the index on the base day set to 100%. Consequently, a value below 100% implies a decrease relative to the base date, and a value above 100% shows a rise.

The currencies available in the widget are the Euro (EUR), the Pound (GBP), the Swiss Franc (CHF), the US Dollar (USD), and the Yen (JPY). The pairs used in calculations of a specific index always contain the corresponding currency as the base currency, even if the standard notation has it listed second. Thus an increase in the index always points to the strengthening of the currency against its peers, while a decrease indicates a weakening.

The widget allows to set the desired base date, and indicate the period of time that will be displayed on the chart by choosing the start date, which is the date of the first shown value, and the number of days to follow it.

What is the secret to making a lot of money in forex?

Solution – This simple currency strenght meter can't predict the future but at least it can help us visualise the past. The grey horizontal bar (or 100 level) represents the neutral position. Majors above this level are appreciating and vise versa currencies below are the depreciating ones.

Get more information and read our Forex Top News now!

To your trading success,

This website uses cookies to improve your experience while you navigate through the website. Out of these, the cookies that are categorized as necessary are stored on your browser as they are essential for the working of basic functionalities of the website. We also use third-party cookies that help us analyze and understand how you use this website. These cookies will be stored in your browser only with your consent. You also have the option to opt-out of these cookies. But opting out of some of these cookies may affect your browsing experience.
Necessary Always Enabled
Necessary cookies are absolutely essential for the website to function properly. These cookies ensure basic functionalities and security features of the website, anonymously.
Functional
Functional cookies help to perform certain functionalities like sharing the content of the website on social media platforms, collect feedbacks, and other third-party features.
Performance
Performance cookies are used to understand and analyze the key performance indexes of the website which helps in delivering a better user experience for the visitors.
Analytics
Analytical cookies are used to understand how visitors interact with the website. These cookies help provide information on metrics the number of visitors, bounce rate, traffic source, etc.
Advertisement
Advertisement cookies are used to provide visitors with relevant ads and marketing campaigns. These cookies track visitors across websites and collect information to provide customized ads.
Others
Other uncategorized cookies are those that are being analyzed and have not been classified into a category as yet.
SAVE & ACCEPT
Don`t copy text!